With nearly half a million customers across Mexico and a network of 30,000 retail locations where representatives can take deposits, the challenger bank albo is already on its way to becoming a dominant player in Mexico’s emerging fintech industry.

And the company has recently raised another $45 million to consolidate its position.

“When your mission is to build the biggest bank in Mexico, you will need a ton of money,” said albo founder Angel Sahagún. 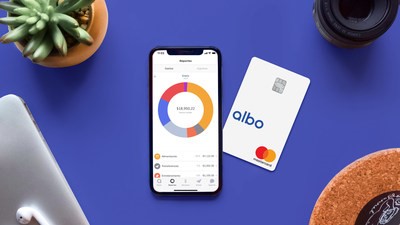 The company received its license to operate as a full depository bank in Mexico, and is slowly working toward being the premier internet-based financial services provider for Mexico’s large and growing middle class, Sahagún said.

“We are targeting a similar target market to Chime,” the albo founder and chief executive said. “We are targeting people who are underbanked and don’t have access to all the financial products in the market.”

Sahagún said the money will be used to expand into lending and insurance products the range of services albo offers. That’s a path that has already produced one multi-billion-dollar business in Nubank, Brazil’s wildly successful fintech company, which planted a flag for a new generation of Latin American startups.

While many challenger banks in the region pursued a strategy targeting upper-class and upper-middle-class consumers, Sahagún said his service had chosen a different path.

The company is trying to bring the middle and low-income Mexican consumers into the banking system by making it easy for them to move from a cash-based world to a digital one. “Where 90% of transactions are cash-based you need a value proposition that fits very well on that cash-based society,” Sahagún said.

It’s why the company set up a network of 30,000 locations, including convenience stores and drug stores, so that it can accept deposits at the places where its customers frequent.

That growth, and the company’s 40% share of the digital banking market in Mexico, according to data from Apptopia cited by the company, is why investors like Valar Ventures, Greyhound Capital, Mountain Nazca and Flourish Ventures were willing to invest as part of the $45 million round.

“albo has proven its ability to drive sustainable growth and is leading the market. This is the team that is going to transform banking in the region and we are proud to be supporting them in that,” said James Fitzgerald of Valar Ventures, in a statement.

You can find the article at this address.

"Missed the Future?": The lost decade

reBuy Expands To Italy And Spain

reBuy Expands To Italy And Spain

Cookies are small files, which enable us to save specific, individual data about the device used to access the website (e.g. PC, smartphone, or similar). On the one hand, they serve to improve the usability of the website for the users (e.g. through saving login data). On the other hand, they serve to gather statistical data about the use of the website, which can be analyzed in order to improve its ease of use. The users can influence the use of cookies. Most browsers have a feature which can restrict or completely prevent the use of cookies. We do, however, point out, that the use and especially the usability of the website are restricted when cookies are disabled.